In my previous posts on crossovers, I never included any of the many villain-crossovers. I think that was because I tended to focus either on crossovers of characters who had their own features, or characters who had generated their own narratives but got turned into subordinate figures in someone else's story-- the monsters of ABBOTT AND COSTELLO MEET FRANKENSTEIN, or the cartoon support-cast of WHO FRAMED ROGER RABBIT?

I plan to devote some posts to villain teams, and what better teamup to begin with than one of the earliest in a 1930s DICK TRACY continuity. In this narrative, explicated at greater length here, two crooks who had separately menaced the detective-- Stooge Viller and Steve the Tramp-- joined forces to erase Tracy. 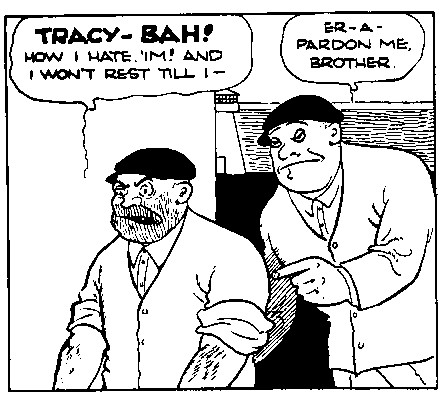 Though TRACY creator Chester Gould didn't make a habit of villain crossovers, a cartoon series from 1961 made a positive fetish of combining bizarre crooks who originally had nothing to do with one another. Such as: 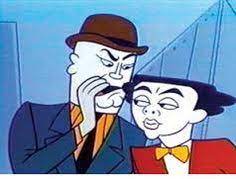 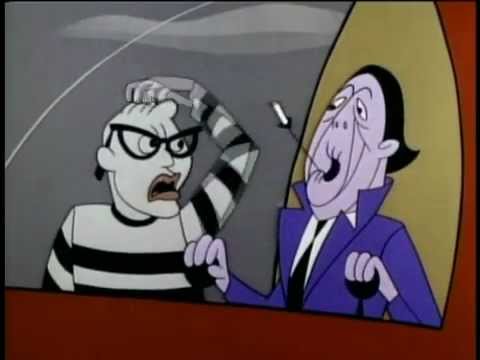 MUMBLES and the aforementioned STOOGE VILLER. 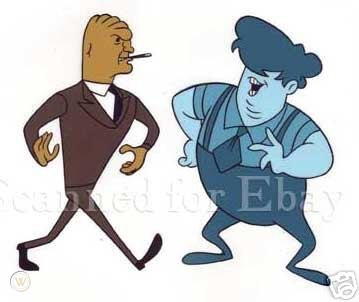 THE BROW and OODLES. 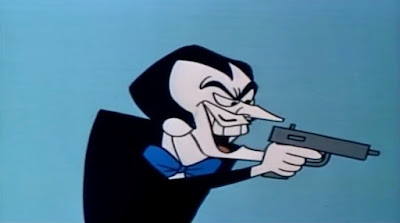 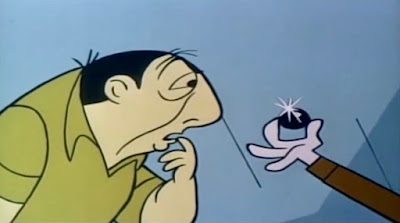 And finally, SKETCH PAREE and THE MOLE.

Posted by Gene Phillips at 8:37 PM